A must read. Please take the time to read this important blog.

A Christian Worldview of Fiction 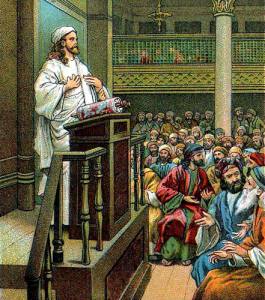 Some years ago those in the emergent church started talking about “re-imaging” God, understanding him in ways that deviated from traditional theology. One classic conversation about looking at God differently developed from an article entitled, “Is God ‘A Recovering Practitioner of Violence’?” I addressed the issues brought up in the article in “Attacks On God From Within.”

But as so often happens, teaching that clearly oversteps the bounds of true Christian thought, begins to seep into the Church as if it is orthodox and normative, as if it’s what the Bible actually says and has said all along.

One such twisting of Biblical intent is the image of Jesus so many are throwing around. I’ve read more than once that if He were here today, He’d be hanging out in gay bars and with druggies and prostitutes.

This view is such a skewered picture of Jesus, it really troubles me!

One Reply to “Re-imaging Jesus”